By James DiGeorgia and Adam Crum

Is it Time to Buy Gold? …Many Say NOW is the Time!

China’s economy is slowing dramatically and will most likely slow global economic growth. President Trump sees this as good news because he believes the economic pressure is intensifying and that his counterpart will be compelled to strike a trade deal to shore up the world’s second-largest economy. Trump tweeted Monday morning…

“China’s 2nd Quarter growth is the slowest it has been in more than 27 years…The United States Tariffs are having a major effect on companies wanting to leave China for non-tariffed countries. Thousands of companies are leaving. Therefore, China wants to make a deal with the U.S. and wishes it had not broken the original deal in the first place.”

Trump once again followed that Tweet with one that asserted his claim that the Chinese — rather than U.S. importers and, indirectly, American consumers — are paying the tariffs he has imposed…

“In the meantime, we are receiving Billions of Dollars in Tariffs from China, with possibly much more to come. These Tariffs are paid for by China devaluing & pumping, not by the U.S. taxpayer!”

Keep in mind that U.S. tariffs on imports is ‘double speak’ for ‘import taxes” the administration is imposing. While it has resulted in billions of dollars in revenue for the United States, it has come at a cost to our imports. So far it has not resulted in a slow down here, but time has been short.

The reality is that China’s economic growth is expected to end 2019 at 6.2%. Yes, it’s down from 6.6% in 2018, according to Reuters poll of economists posted by the news service on Wednesday.

Further, assuming no trade deal is reached, those polled by Reuters believe China’s growth will cool to 6% or more, especially if talks stymie and Washington imposes more tariffs on goods and restrictions on Chinese technology companies.

So, President Trump seems to be looking past the fact that China’s economic growth has been more than 200% greater and will remain 200% higher in 2019 and 190% higher in 2020 than that of the United States.

The administration also seems to ignore, publicly at least, that U.S. economic growth could be a lot lower in 2019 and 2020 than the CBOs projections because of the dramatic drop in exports to China. Consider the fact that China’s exports to U.S. fell 7.8% in June on the year, while its imports from the United States plunged 31.4%. U.S. exports to China in 2019 could shrink by more than 35% by the end of the year and fall by over 40% in 2020. This could be why President Trump is pressuring the Federal Reserve to cut interest rates and is so adamant that the dollar remains too strong.

Central Banks and the free markets across the globe are cutting interest rates and creating negative interest rate returns in the bond markets.

The danger of cutting interest rates when economic growth here in the United States and around the world is still positive is that if a U.S. Trade War against China and Europe is continued and a recession occurs the only way to fight the recession and get the U.S. and world economy to grow will be quantitative easing. That means literally printing money.

The quantitative easing of 2008 to 2014 sent gold over $1,900, only to retreat when the Federal Reserve announced it was ending the policy and was withdrawing the liquidity.

The current widening of negative interest rates in the bond market signals quantitative easing ahead. This time by Central Banks globally, and this will likely lead to a global currency war and in my opinion a sharp rise in the market price in gold. I would not be surprised if gold set new highs eclipsing $2,000, even $3,000 gold by 2022. Now looks like a good time to shift from equities and bonds into gold and rare coins before the stampede that any QE5 may cause.

The question is not, will there be a correction, but rather when will a correction occur? The pendulum always swings, and the next time will likely be worse than 2008. Many red flags are waving and both gold and rare coins have been in a slump since 2014.

There has been unprecedented wealth created over the past eight years, and many economic indicators are suggesting that a shift in sentiment is coming. When the shift comes, I believe we will see the prices of gold and rare coins exceed their highs of 2011 to 2014.

Many gold coins are trading at all time lows in relation to their intrinsic gold value. If you would like to discuss the opportunities, please feel free to email me at Adam.Crum@FinestKnown.com or call 888-900-9948 to request a consultation with me personally.

We are pleased to announce our new bidding platform available for iPhone, iPad, Android, and…

DODGED A BULLET… Sigh of Relief! 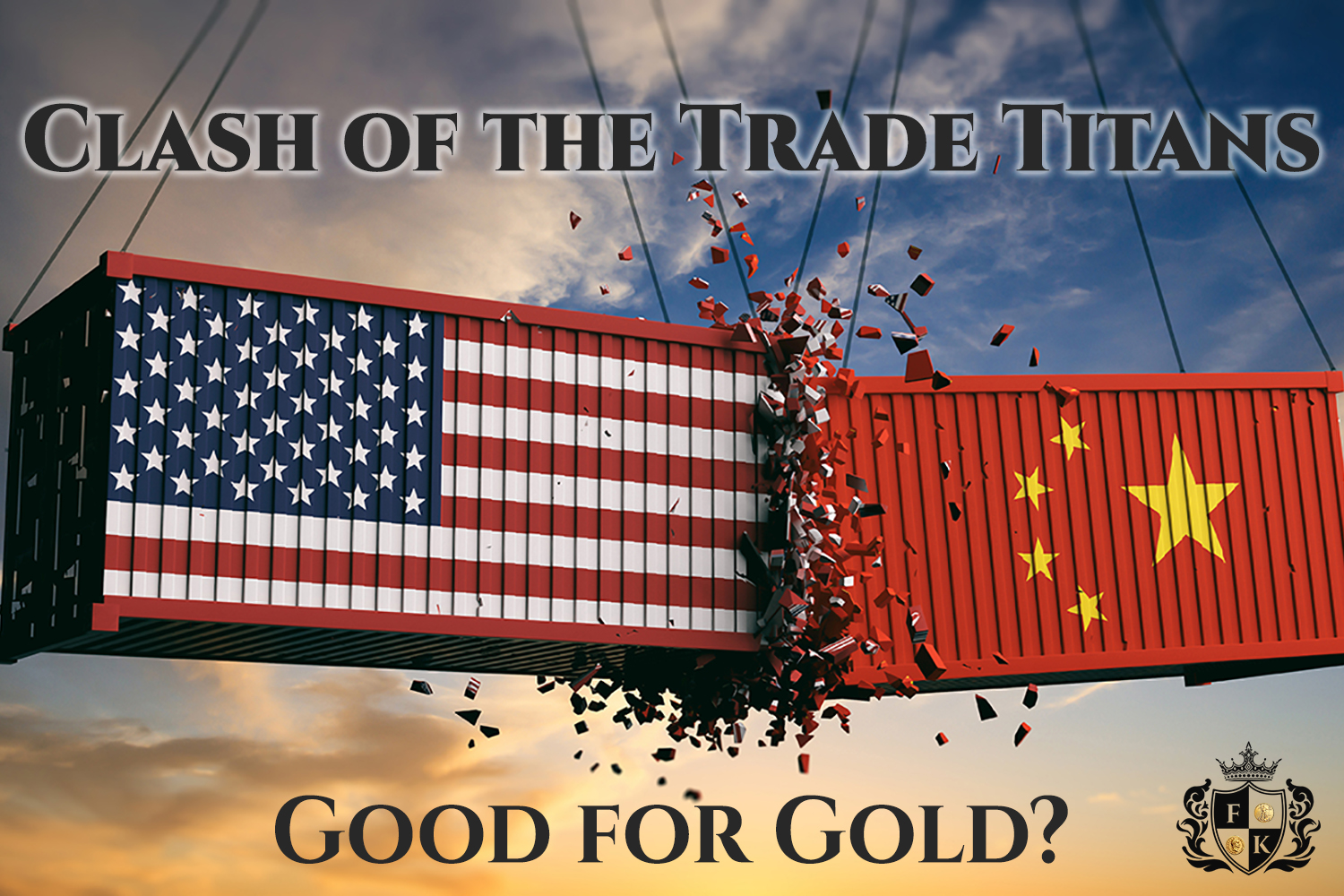